I was going through my blog dashboard tonight and stumbled across this article that I wrote a few months ago but never published. It’s a little rough, but enjoy.

I have the greatest two dogs known to man. Without Tobey, my life wouldn’t be as rich. I wouldn’t have a dedicated running companion and friend, and more importantly, I wouldn’t have met my wife. For those that don’t know the story, we met at the Alum Creek Dog Park during Pupapolooza because she had a weimaraner puppy named Lillian and I had Tobey. We started talking and the next thing we knew, we had a play-date set up and the rest is history.

The problem with the dogs is that they put on a magnificent facade by acting incredibly sweet and innocent while secretly being cold-blooded killers (especially the Blue (Lillian)). Take a look at the pictures below and try to say they aren’t some of the sweetest dogs you’ve ever seen…. 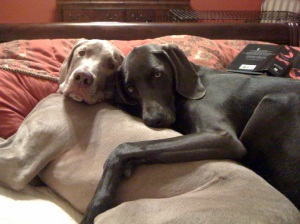 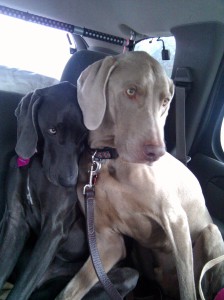 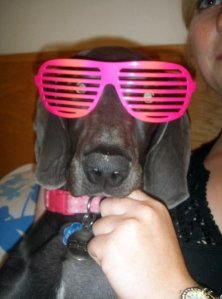 As sweet as they are, the pups are still incredibly protective and territorial. So far this year, Lillian has a squirrel and multiple birds under her belt. In his lifetime, Tobey has tree’d multiple cats, chased many many deer, and also has a few birds and field mice on his resume. Their crowning achievement was a groundhog that they combined to kill two days before our wedding. I can say without question, this was the worst wedding present we received.

Tobey after killing a bird… admiring his work 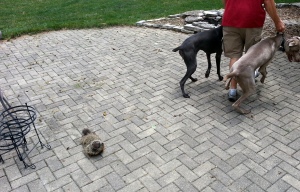 As I mentioned…. worst wedding present ever

As much as I love the dogs, my only wish is that they could dispose of their prey far far away from the house.