This Christmas and New Years, my plans involved driving thousands of miles to visit family. Because of this, I thought it would be a good time to give Audible.com a try. If you are unfamiliar with Audible, they are an Amazon company that specializes in audio books. I signed up for a 30 day free trial that included two free downloads and promptly pulled down Michael Lewis’ book titled ‘The Big Short’ that detailed the financial crisis in the subprime mortgage lending business. I chose this title because I liked reading ‘Moneyball’ so I thought this would be an equally interesting read/listen. It was a good book, but it was about as interesting as the financial crises can be, which is not very. I was looking for a more moving experience.

I had always known about the book ‘Ball Four’, but beyond knowing the author’s name and that it was regarded as the best baseball book ever written, I couldn’t tell you anything about it.  After listening to an episode of the great podcast ‘Gleeman and the Geek’ (see http://wp.me/pEvHa-2Z), co-host Aaron mentioned if he could download any book to listen to off Audible.com, it would probably be ‘Ball Four’. This was enough for me to give it a try.

After pulling the book down on my Samsung Galaxy S III using the Audible.com app, I was stunned to see the book came in at a whopping 18 hours and 32 mins. I figured it was probably a mistake and dove right in. The book itself is narrated by Jim Bouton himself which adds to the charm. The emotion he reads with makes the listener feel like they’re reliving the moments while they were happening. 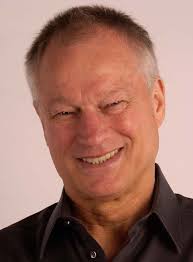 The book itself is a diary of Jim Bouton’s experiences during the 1969 season with the newly formed Seattle Pilots (the only team in the modern history of Major League Baseball to go bankrupt) and his subsequent trade to the Houston Astros. After finishing the main book, it is no wonder this was selected by the New York Public Library as one of the “Books of the Century.” The stories in the book are both hilarious and genuine. 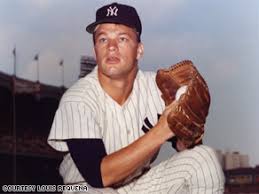 What made the audio book amazing was what came after the reading of ‘Ball Four’. Every 10 years after the initial publishing, Jim wrote a follow-up (starting with the aptly titled ‘Ball Five’). These chronicled not only what had happened to Bouton over the previous 10 years, but updates on a lot of the ballplayers in the original book and commentary on the state of the game. Jim offered insightful comments on Pete Rose being banned from baseball (he thinks a gambling addiction is no worse than a drug addition and it’s hypocritical of baseball picks and chooses which addictions to punish rather than focus on the disease of addiction), Bouton’s being blacklisted from Old Timer’s Day from the Yankee’s and how he co-founded Big League Chew. In one of the final updates, Jim details any parents worst nightmare… the night he and his wife received a phone call that his daughter Laurie had been in a bad car accident and was in a coma. As a listener, hearing him talk about that night and losing his youngest child made not only the author tear up, but it got a little dusty in the car. His voice quivered and my eyes watered. I never expected to be so moved from what I thought would be a baseball book.

In the end, this book wasn’t about baseball, but rather a remarkable group of people living their dreams in an extraordinary time period and about perseverance and hard work. At the end of the book, I fondly look back at my baseball memories and the great friends I made playing baseball and can’t help but be thankful that Audible and Jim Bouton came together.

If you have any thoughts and you’re not too busy ‘beaver shooting’, feel free to drop a note in the comments.