This is a random start to a blog post, but recently I switched home insurance providers. When I went into the office to sign the official paperwork, the agent recommended that I inventory everything in my house in the event of a catastrophe. In fact, the company even has an Android app that will help catalog everything. This got me thinking if the house did in fact burn down, what would I really miss?

This is one of the random events that I hope will never happen, but I’ve spent countless hours thinking about. If there ever was a catastrophe, I feel I’m overly prepared. I have all my computer files backed up with Carbonite so I won’t lose any music, documents or pictures.  Furniture and televisions can be replaced. About the only thing I own that I would miss is my 1966 Cross Town pinball machine manufactured by Gottlieb.

The pinball connection started sometime in the 70’s when my Old Man bought it secondhand. For some reason growing up, the pinball machine was kept at my grandparents house. This made visiting them all the more awesome (they also had an original Nintendo for my brother and I…. Grandparents are the best!). I remember going over there and how fun it would be to hear all the noises and put the coins in the slot, hear the noises and the unique smell. After a few years of playing, I would start to create challenges for myself. I still have a rule that if I don’t score 500 points, I quit for a playing for a while.

The pinball machine is absolutely amazing. It was originally built in 1966 and is the last Gottlieb machine to have the manual ball lift (where the player pushes a plunger to ‘push’ the ball up onto the playing surface). Gottlieb only manufactured 2765 units of this model. The machine is 100% electromechanical and, in my opinion, an engineering marvel. The pictures below don’t come close to doing justice on how many wires and switches there are. This machine comes from a time when people took an immense amount of pride in their work.

The guts of the Machine

Ever since I’ve been lucky enough to own my own house, I’ve been begging my dad to gift me the pinball machine (the pinball machine went back to my parents house when my Grandparents downsized). My justification was that he was doing a disservice by not playing it. Since it is electromechanical, it needs to be used frequently or it fall into a state of disrepair. When I was going through a rough time in my life, my dad knew the perfect thing to cheer me up. He drove down with the pinball machine in tow and personally delivered it. I had a friend over to help lift and set it up in the basement. When my dad was giving me an overview of the maintenance and how to access and maintain everything, he made special mention how he thought it was amazing that the machine still had the original glass. At that exact moment, he jinxed it because within a week, when I went to change out some burnt out bulbs, I managed to chip the glass. I felt horrible, but at the end of the day, the glass could be easily be replaced.

What I love most about Cross Town is that it is genuinely fun to play. It hasn’t been influenced by inflation as it is still costs a dime for one game or a quarter for three. I keep a small box full of change underneath for when anyone comes over. The machine is so old school, it only counts to 1999. Any score over that number isn’t official unless there is a witness to verify the numbers flipping over. I’m quite proud that I have the all-time Roehl high score of 2948 and also have the Ohio record of 2115. I sincerely hope I have the pinball machine long enough to pass on to my children and I’m grateful to own a piece of history and the closest thing I have to a family heirloom!

My niece getting her Pinball on

If you have any pinball stories or if there is any possession that you are particularly proud of, feel free to drop a comment below.

As 2012 comes to an end, I’d like to call special attention to my Amazon.com addiction. In 2012, I’ve compiled 137 physical Amazon orders up from 106 in 2011 (Note: this doesn’t include Android App purchases, MP3 downloads or Kindle ebook purchases). Thankfully, I’m a member of Amazon Prime Student which gets me free two day shipping on all orders for only $39 a year. To say I get my money’s worth is an understatement like saying Adrian Peterson is a decent running back. Anyway, below are some of my better orders of the year. 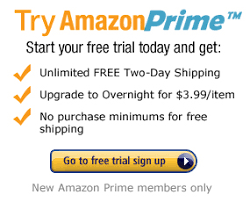 Why is it awesome? Easy. Since I have an Android Tablet (Google Nexus 10), I purchased an app called Nes.Emu which allows me to play old school Nintendo games on the tablet. The problem is that it’s really hard to play tapping on the screen each time I want to hit the ‘A’ or ‘B’ button. That’s where the Nyko Bluetooth controller comes in. It’s not the greatest controller in the world, but I’ve been playing RBI Baseball like a champ and my finance’ has been tearing up Super Mario 3. This was definitely worth the $30.

Only the greatest game ever

Yes, I’ve taken to buying food off of Amazon… why you may ask? Well, a couple of reasons, first and foremost, it’s often times cheaper than going to the store. Secondly, they’ll deliver it to my house for free. In true Amazon fashion, the price of the cereal jumps around daily so they key similar to stock picking…. buy low. This is usually in the $14-15 range for a 4 pack.

As a child, I remember going to the drug store with my Grandpa and he would let us get the coolest candy. I remember getting bubble gum cigars, candy cigarettes or the gum that was rock-hard that came in Topps wax packs. Amazon somehow sells an entire case of candy cigarettes (24 packs) for $7-8 dollars. I saw these at the North Market in Columbus for a dollar a pack. Another thing I remember my grandpa buying for me (other than thousands and thousands of baseball cards) were the Clown Cones sold at Baskin Robbins. Note to self, make a 2013 resolution about trying to find out of Baskin Robbins still sells Clown Cones.

The greatest thing that I own is an electro-mechanical pinball machine called Cross-Town built in 1966 and passed down from my dad. This actually warrants a dedicated post in the future to how awesome it is.  Anyway, since it’s an older machine that is totally mechanical, it’s hard to get parts and service so I was amazed when I went looking for light bulb replacements to find them on Amazon for super-cheap. This is the beauty of Amazon, they have nearly everything. 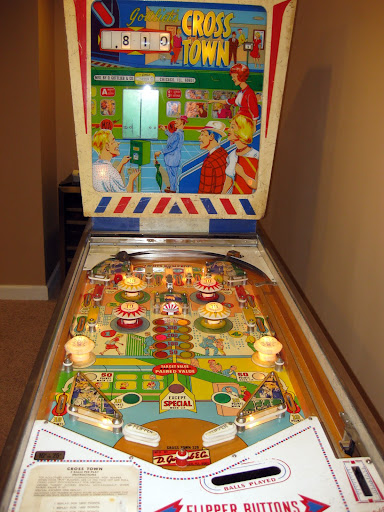 After having a great dinner at Molly Woo’s at Polaris, my finance’ commented how she really liked the cast-iron tea pot that the restaurant used to serve tea. The waiter mentioned that they buy them from Teavania (now a Starbucks company). Since there was a location in the mall, we headed over after dinner only to find that the tea pot retailed for close to $130. A quick search on Amazon found nearly the same thing for $33. This made for a great birthday present for her.

If you have any great deals or highly recommended products, feel free to leave a note in the comments.