I love baseball and I love the Minnesota Twins. I remember growing up in Minnesota and my parents taking me tons of Twins games at the Metrodome. I remember reading the Star Tribune every chance I could reading the box scores and collecting baseball cards. For the second year in a row, I’ve purchased the mlb.tv package so I can watch every out of market game (I’m still confused how Pittsburgh is considered a local market in Columbus, OH, but the idiotic black out rules are another post). So far I’ve either watched or listened to on the radio all but one Twins game this year. Below are my quick-hit thoughts. 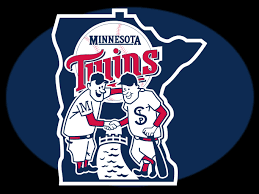 If you have any Twins thoughts or want to rant about how horrible Burt Blyleven is, please drop a note in the comments.