It’s been almost a year since I gave up cable. In that time, I’ve saved nearly $70 a month, which brings my savings up to nearly $600. A sizable number for sure. Periodically, I write about how I’m passing the time without cable. This is the Winter/Early Spring edition.

NCAA March Madness – Name the only university who has made the sweet sixteen the last four years….? If you guessed The Ohio State University, then you got it right! This year’s tournament has been stellar for the Scarlet and Gray. I had nearly given up on this team after the horrible Wisconsin loss on February 17 (Wisc. 71, OSU 49)…. Instead of giving up after that loss, the team has gone undefeated and played their best basketball of the year. For the fourth consecutive year, I have picked OSU to win my bracket. Unlike previous years, I have absolutely no shot winning unless OSU  holds up their end of the bargain. Tip off is 7:45pm on Thursday versus Arizona on TNT. This is the first time where not having cable will affect my plans. I’ll be headed to a sports bar to watch the game.

House of Cards – Netflix – Just an amazing show. Well written with amazing acting. Currently, I’m at episode 10 and I am all-in. This show is absolutely HBO-esque. Paying $7.99 a month for Netflix is the bargain of the year! I’d put this show on par with Mad Men and Breaking Bad.

NCAA 2k13 – Xbox 360 – I don’t know why I’m so hooked on this game, but I can’t stop playing. I’m past the dynasty mode and now have created a player and I’m working on getting them to the hall of fame. In year two I won the NBA championship! In year 3, my player is averaging 23+ points a game. Another great NBA game by 2K sports. If only they didn’t crap the bed with their MLB game…. Again.

Running – As I previously wrote about, I’ve really kicked running into high gear. Tobey and I are averaging over 4o miles a month and our average mile time has dropped to the low 9’s. There isn’t much I like more in life than running with Tobey.

If you have any recommendations for life without cable or any comments, please drop a note in the comments.

I haven’t posted an update in a while, but I’m still living without Cable Television. My grand experiment continues to go better than I ever could have hoped. Since I left Time Warner in July, I anticipate I’ve saved close to $400 (minimum savings of $55 a month).

Periodically on this blog, I post an update with how I’m doing without cable, so… without any further delay, here is what’s keeping me busy lately….

Traditionally, December and January are supposed to be slow months in information technology as budgets run out in early December, then take a few weeks to trickle down in January. This was definitely not the case for me. If my project was going to succeed, my portion would need to be completed in early February. This meant an aggressive timetable of November, December and January. My project team did an amazing job and we finished a calendar week ahead of our estimates. This meant a lot of working from home in the evenings so it was probably a good thing I had one less thing to distract me.

Game companies try to release their marquee games in the 4th Quarter of the year so they can maximize sales over the Holiday season. This year was no exception…. combine the amazing games with my Amazon addition, I was able to get some great deals on some great games. The games that I play the most are:

Borderlands 2 – This game is so fun it could get its own entry in the future. 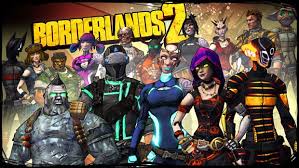 NBA2k13 – This has quietly become the gold standard in sports video games. I attribute that mostly due to Electronic Arts having an exclusive licensing agreement with the NFL so they are the only company who can release a professional football game…. ever since they signed that agreement, the Madden series has gone so far downhill, I don’t even bother with it anymore.

XCom Enemy Unknown – I had reservations about this game, but I was able to buy it as part of an Amazon Gold Box deal. It is made by the same studio that created the Civilization series (The greatest games ever created) so I felt cautiously optimistic. After playing for a while, I highly recommend this game. It’s a fun and challenging turn-based strategy game. I’m looking forward to trying to beat the game on harder difficulties in the future. 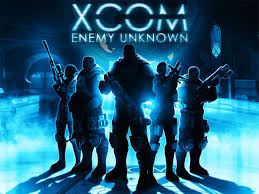 As in the past, I’m using Netflix as my cable replacement. Below are some recommendations.

Archer – This cartoon is simply awesome and the cast is amazing. I’ve always loved Aisha Tyler and I’m a huge Jessica Walter fan from Arrested Development. As an added bonus, the show even has the actor who played Dr. Spaceman on 30 Rock (Chris Parnell). 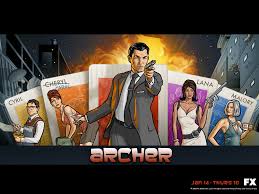 Arrested Development – Without question, the greatest show ever. I am on a continuous loop of watching the entire series and each time I watch, I always pick up on something I never noticed before. I’m thankful that Netflix has renewed the series and I’m more thankful they are releasing all episodes at one time on a Saturday. If it were on a weekday, I’m pretty sure there would be a vacation day from work being used. 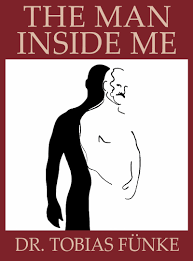 Ballplayer: Pelotero – A fascinating look at the signing process and the entire baseball machine in the Dominican Republic. If you are a baseball fan, I highly recommend. 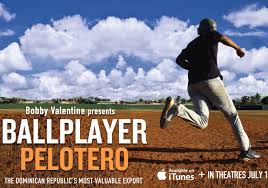 Up For Grabs – Admittedly, I’ve had this movie in my queue forever. I was intrigued, but not enough to watch. It is a documentary about what happened to Barry Bonds 73rd home run ball. After watching, this documentary was both appealing and scary because of how horrible people are. Similar to the 30 for 30 on Steve Bartman, this documentary will keep the watcher riveted for the entire 88 minutes. Other things that keep me busy and probably should be listed in more detail…. Running, The Ricky Gervais Show (Thanks HBO App on XBOX), OSU Basketball (Thanks BTN App and ESPN App), Pandora, and finally, Weimaraner stuff.

If you have any recommendations or want to weigh in on anything from above, please feel free to drop a note in the comments section.