I love the Olympics. I think this was passed down from my father. Growing up, he took my brother and I to Los Angeles in 1984 and I attended the Atlanta Games with him in 1996. Across his house are thousands of Olympic Pins and memorabilia. I remember growing up I had a Sam the Eagle toy that I used to play with. To say I love the Olympics is an understatement…. however, I think there are a few ways the games can be improved to make them even better. 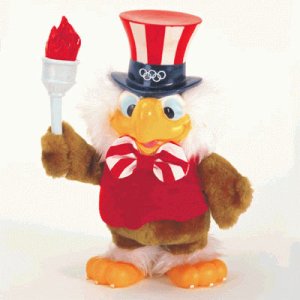 Let’s Get Rid of Some Events

I think a lot of the events in the Olympics have run their course. If the athlete doesn’t break a sweat, I don’t think it should be in the Olympics (with the exception of clay pigeon shooting). This means that the vast majority of shooting events are out. The only reason I’m leaving Skeet Shooting is because it reminds me of Duck Hunt on the NES. Which reminds me…. we need to incorporate a dog in the event. I haven’t worked out how this would work, but it needs to happen. 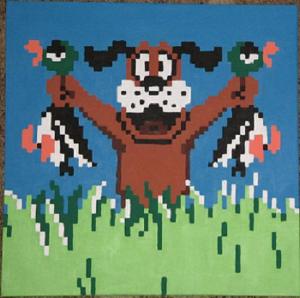 Dogs would be better

Additionally, we need to get rid of all Horse events. If we’re opening it up to horses, I feel we should also have dog events. Hell, most county fairs have pig showings…. So we could go in a few different directions. We could add anything that the average 4H club has or we can eliminate animals from the Olympics…. I’m going with the latter. Sorry horses, but you’re out.

As cool as Fencing could be, the Olympics really turn it into a horrible sport. I think I would more likely be hurt from the sword sticking out of a drink at the beach than the swords they use in the Olympics. Here’s what I’m proposing…. lose all the gear. Give the athletes real swords that can puncture flesh (not kill) and enjoy. Until the Olympic Committee does this, fencing should be out.

Lastly, let’s get rid of tennis and golf. I know a lot of people have already said this, but if it’s not the biggest event in your sport, it shouldn’t be in the Olympics. I completely agree so they’re out.

It is an absolute crime that Softball was removed from the Olympics. I honestly think that the Committee removed it because the US was too dominant. That’s a horrible reason to remove an event. If anything, that should be more reason to leave it in the Olympics. It gives the possibility for the amazing upset (See 1980 US Hockey Team). As baseball and softball become more global, this was a travesty to remove from the games. Under my Olympics 2.0 plan, Softball is reinstated. I’m fine leaving out baseball unless MLB agrees to allow their players to play.

The Olympics has had some awesome events removed. I’d like to bring a few of them back. For instance, how awesome would Tug-of-War be? You could have 5 or 10 man (or women) teams competing over a body of mud or water (similar to a company picnic, but with better athletes). Who wouldn’t watch that? Another great sport eliminated as the Underwater Obstacle course. I have no idea what it was, but it sounds cool enough to at least bring it back for a second look in Rio. 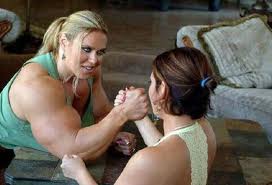 Who wouldn’t want to see this (or unsee it)?

Some events that have never been in the Olympics, but need to be added start with Bocce Ball and end with Arm Wrestling. Think how everyone loves curling in the Winter Games…. Isn’t Bocce the Summer equivalent of that? For Arm Wrestling, I don’t know how this hasn’t already happened. We can make movies and documentaries on this, but yet, the sport gets no love when the Olympics come around. This needs to be changed immediately.

My last proposal is to create an Olympic Hall of Fame. The Olympics are rolling with cash so I’m surprised this hasn’t already happened, but what I’m proposing is to create an amazing building in Europe to celebrate the best of the games. It would be absolutely amazing to go to one location and see exhibits on Jesse Owens and Michael Phelps. To see Oscar Pistorius’ legs or medals from each of the games. If done correct, this would be the greatest Hall of Fame on the planet. 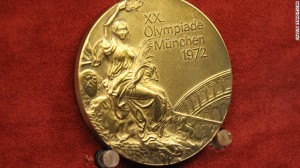 The various medals would be awesome

If you have any ideas for other improvements, please sound off in the comments.